How can I stake my PAID tokens on Ignition? Print

Our staking system provides two major benefits to participants. The first is a generous APR whereas the second is a multiplier to the odds of winning IDO moon tickets — both of which increased by committing to a longer staking period.

A full breakdown of the moon ticket multiplier and APR boost mechanics can be seen here:

Note that the maximum multiplier varies based on your tier and committed staking term, as does the APR you receive.

To help clarify some of the key points surrounding the new staking mechanism, we have separated out the key information. We highly recommend giving it a read as it will help make clear the purpose and benefits of the new staking system.

Reward tokens are not subject to burn when withdrawing rewards. If rewards are also staked, however, they will be added to the staked amount and will therefore be subject to the same benefits and penalties.

How do I stake my PAID tokens? 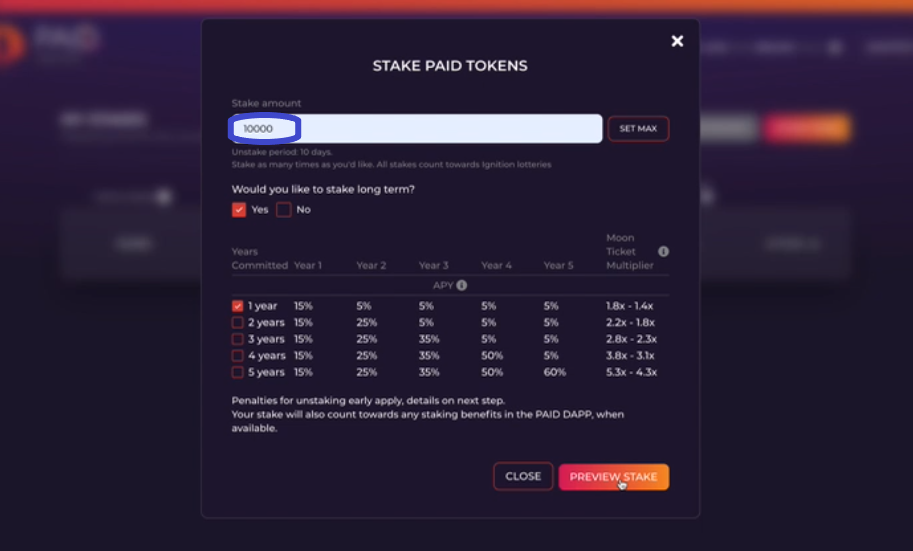 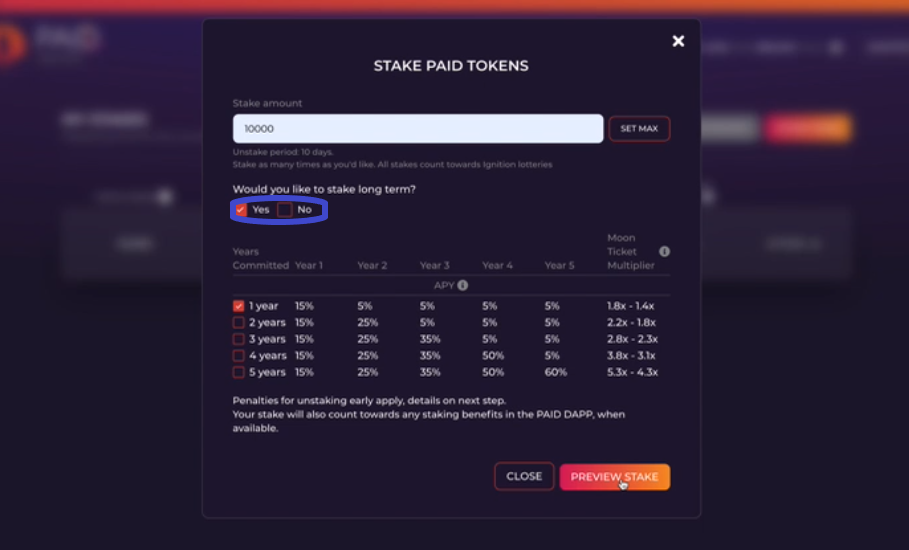 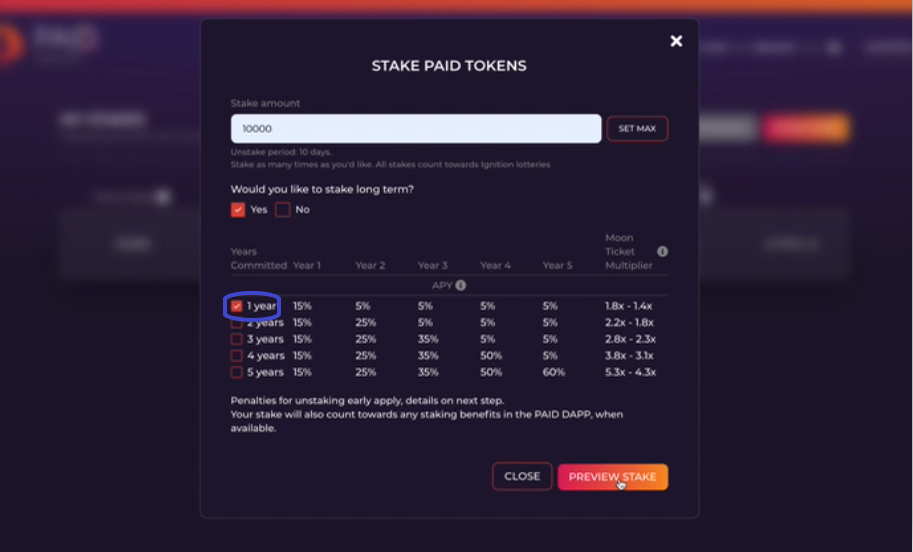 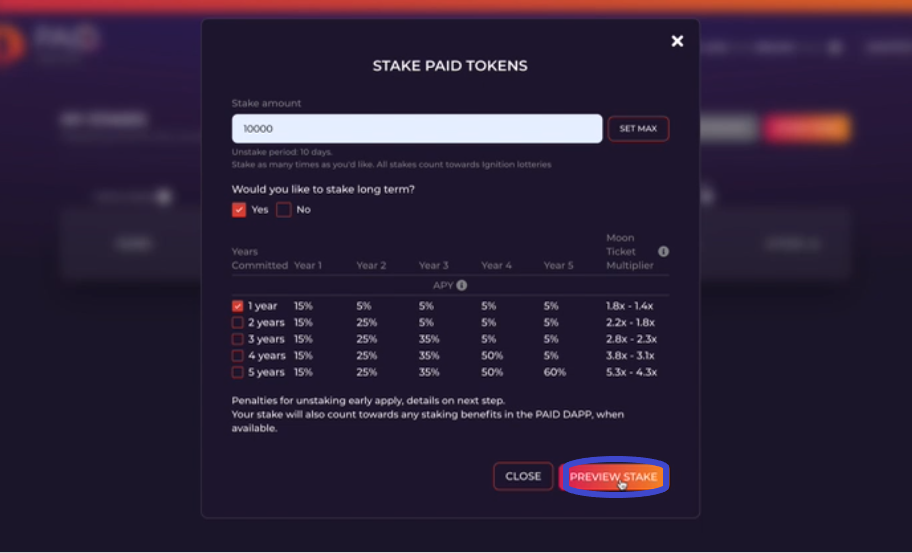 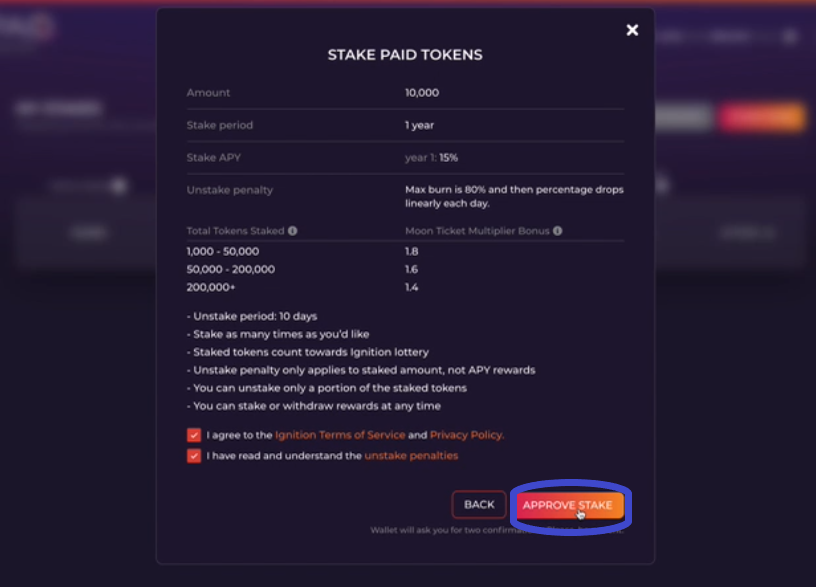 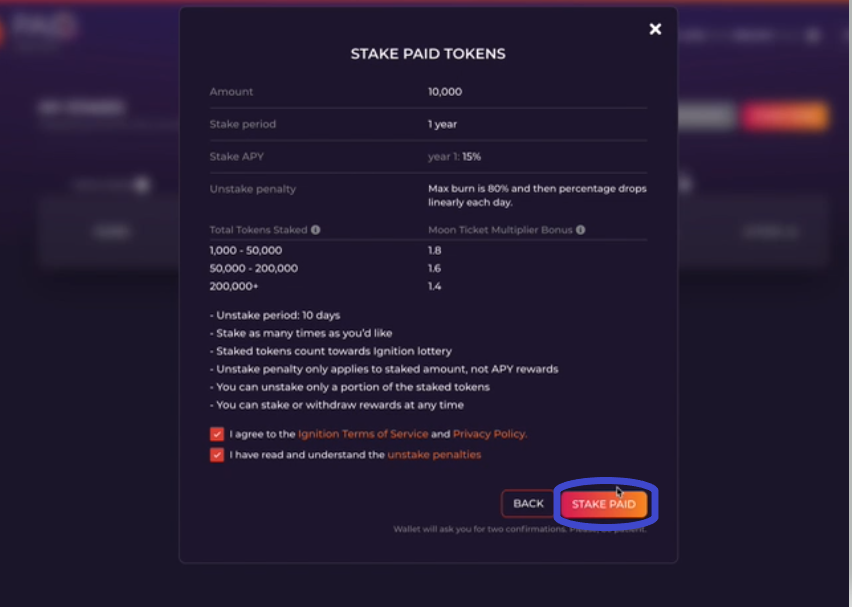 Congratulations, you have now staked your PAID tokens.

Did you find it helpful? Yes No

Send feedback
Sorry we couldn't be helpful. Help us improve this article with your feedback.